Think back to the year 1984. Big hair was in, disco was out, and a little television show called Lifestyles of the Rich and Famous hit the airwaves, and became a cultural phenomenon.

It was a rare opportunity for normal Americans to glimpse into the glamorous, everyday lives of celebrities, politicians, and business moguls…and to develop a complex over how they could never possibly have a life like that. It was a fantasy that might as well have been a movie.

But as Bob Dylan famously sang, “The times, they are a changin’.” In 2017, you have access to the same tips and secrets once reserved only for the super-rich. You have information and strategies available to you that can make you wealthy. Just imagine a life where you can say:

Maybe you aren’t famous. But this life of financial freedom is available to you. Why are you unlikely to take advantage of it? Because you don’t have wealthy habits.

There are more than 10 million millionaires in the United States, and most of them weren’t born into wealth, nor are they clones of Warren Buffett. They are normal, hardworking people just like you. Clearly, having some level of financial acumen is helpful, but the most important habits of wealthy people have little to do with money. They have everything to do with lifestyle choices.

In his book Rich Habits: The Daily Success Habits of Wealthy Individuals, author Thomas Corley reveals some common habits he found among rich people after five years of research.

Rich people limit the amount of television they watch, with 67 percent reporting they watch less than one hour per day. Only 23 percent of poor people report this. Similarly, only six percent of rich people report watching reality shows, while 78 percent of poor people do. The wealthy do not avoid television or possess some superior human discipline. They simply choose to spend their free time on another pursuit…reading.

Corley also found that rich people work more than 50 hours per week, tend to be self-employed, don’t play the lottery regularly, don’t overeat, and floss their teeth at least once per day.

This doesn’t mean that all rich people are somehow superior to those that aren’t, or have some elevated morality that makes them better. It also doesn’t mean you are doomed to a life of poverty and failure if you don’t practice these habits. Can you still get rich? Yes, if you think like the rich do.

Imagine an expensive, seemingly unattainable thing you want. When you picture it, do you think, “I could never afford that,” or, “What do I need to do to afford that?” Of those lines of thinking, which do you think is more likely to be thought by a rich person?

When you think of your dreams in terms of inevitable, as opposed to impossible, you realize that becoming rich is dependent on just a few variables – time, patience, determination, and discipline. The rich don’t waste time, they wait patiently for the right opportunities, they stay determined, and discipline themselves to live within their means. Anyone can do this. It takes no special training or knowledge. All it takes is deciding to do it.

In a society that spends a lot of time, effort, and money trying to emulate the lifestyles of the rich and famous, you’d do just as well to look at your next door neighbor who might not be that famous, but is just as rich. 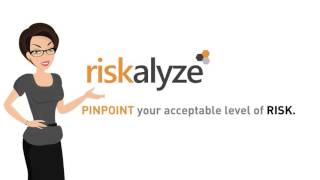